Early funding stages - from pre-seed to series B

An overview of the startup funding journey - from pre-seed to seed, series a and series b funding. Read about the average size, valuations and typical investors at each stage.

Building a startup often requires the raising and deployment of significant amounts of external capital. An understanding of the different stages of the typical funding journey will help you to prepare.

Funding rounds are divided into stages depending on the point at which they occur during the company's growth cycle. Although there is no one-rule-fit-all approach to categorising your round, each stage does tend to have certain characteristics.

What is pre-seed funding?

The trend towards even earlier-stage investing is relatively recent and, pre-seed funding - as capital invested at the idea stage, remains an emerging category.

Who are pre-seed investors?

Capital at this stage comes from a range of sources: from friends and family, angel investors or cash from a previous exit in the case of a serial founder. Increasingly, as the European technology landscape continues to evolve, pre-seed investment has become increasingly common among VCs.

Notable venture capital firms operating in the space in the UK include Concept Ventures and Octopus Ventures, although the full list is longer. In 2021, European startups received $1.3bn in pre-seed funding.

What is the average pre-seed funding amount?

When should I raise pre-seed funding?

You should think about raising pre-seed as soon as possible after launching your company. Many companies raising at this point don't even have a product or their product is still under development

As a result, often institutional pre-seed rounds are easier to raise for serial entrepreneurs. In fact, at this stage funds are betting on the team and the idea. As an example, in 2018 Cazoo, founded by serial entrepreneur Alex Chesterman (also founder of Zoopla and Lovefilm) raised a massive £25m in pre-seed funding.

What is seed funding?

There are a number of similarities between pre-seed and seed funding. As for pre-seed funding, seed funding can often be the first form of institutional capital. However, normally seed funding is raised once companies have already developed an MVP. The company will already be gaining traction, although revenue might still be minimal to non-existent.

Who are seed investors?

There are a higher number of institutional investors at seed stage compared to pre-seed. Active seed investors in the UK market include DN Capital, Fuel Ventures or Backed VC, to name a few.

However, depending on round size it is not uncommon for friends and family or angel investors to take part in these rounds. Companies have also increasingly been funding their seed funding rounds through equity crowdfunding platforms, such as Seedrs, Crowdcube or IndieGoGo.

What is the average seed funding amount?

As with pre-seed, the typical size of seed rounds varies quite significantly, ranging from a few hundred £k to a few £m. For instance, the average size for European start-ups raising a seed round in June 2022 was €2.3m.

When should I raise seed funding?

You should think about raising a seed round once you have clarified your target market and customer. Ideally, you would already have product and some traction, and experiencing accelerating rates of adoption.

What is series A funding?

After raising a seed round, the next equity funding round would be a series a financing. Series A funding rounds are typically used to ensure the continued growth of the company. The money is used to reach further milestones in product development and expand the team to accelerate growth.

Investors will need to believe in a strong potential for growth and further revenue generation, underpinned by a scalable product or service and that the company will be able to reach profitability in the future.

Who are series A investors?

Unlike seed funding, series a rounds follow a more structured approach. Potential investors tend to be all institutional, including funds like Index Ventures, Talis Capital or Balderton Capital. In addition to these investors, some scale-ups at this stage still opt to attract financing by crowdfunding, either as a deliberate structure or as a backup plan in case they fail to secure funding.

What is the average series A funding amount?

From Series A onwards, expect also valuation to become a more tangible topic. Companies should be able to provide a more data-driven valuation.

Valuations tend are in the millions of pounds, with the average global Series A round having increased from less than $6m to more than $18m over the past decade. In the UK, the average Series A round amounts to approximately £11m.

Investors will look to acquire somewhere between 10% - 30% of the company, depending on the competitiveness of the round.

When should I raise series A funding?

Series A investment is for early-stage companies that are already generating revenue and growing at a fast pace but still not profitable. You should be able to demonstrate a clear business model, target market and go-to-market strategy.

What is series B funding?

By the series B stage, a startup has refined its product-market fit and go-to-market strategies and the company is moving from proof-of-concept to scaling it.

Who are series B investors?

Investors who participate in series B are similar to series A investors - i.e. institutional investors.

At series B stage the investor pool will include more candidates than series A. As the company scales, the types of potential investors will also grow and start to include private equity firms, more corporate funds, sovereign wealth funds with a VC arm, credit funds, etc.

A scale-up will always have the option to approach its existing investors to finance part of the round. The existing relationship and information flow with existing investors makes them an easily accessible source of capital, provided that the business is growing in the right direction.

What is the average series B funding amount?

By the time it reaches series B, a scale-up is significantly larger and more established than at series A stage, attracting a higher valuation. The average size of a series B round in the UK is approximately £34m, over three times the average series A round.

When should I raise series B funding?

Series B is a notoriously difficult round to raise. The funding bottleneck known as the series A crunch has slowly crept up to series B, partly due to the abundance of capital available at seed and series A stages as rounds have got increasingly larger.

When it comes to series B, investors will be increasingly interested in hard metrics, rather than the idea and concept. They will be keen to see evidence that the business is scalable as well as specific revenue, growth and KPI metrics.

How Ithaca can help

Growing a startup is a challenging path. Besides having to run a company, you are constantly on the lookout for funding opportunities. A fundraising process is often a full time role in itself, which is the reason larger companies hire advisors and investment banks to support them.

As a time-strapped founder or manager, it's often hard to prioritise critical business functions, let alone taking care of fundraising processes every other year.

Ithaca is a network of financial specialists that can support your startup funding initiatives. We support ambitious scale-ups with mission-critical financial projects and with preparing for funding rounds.

Thank you! Your submission has been received!
Oops! Something went wrong while submitting the form.
Join our community
You might also like...
Preparing an elevator pitch?
Understanding lifetime customer value
How to write a business plan
Understanding your market: TAM, SAM and SOM 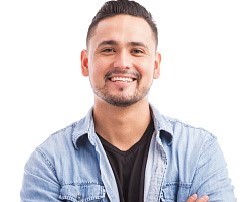 Ithaca was able to provide hands-on support to put together a financing plan in very little time.

Through the platform, we were connected to a handful of freelancers based on their affinity for our business model and their backgrounds (it was great to see all had blue-chip financial institutions backgrounds).

Our specialist was pragmatic and results-oriented – she understood our business inside out and was able to deliver with minimal oversight.

The app was user-friendly, intuitive and real added value, as it helped us navigate all the steps of the project, from matching and outline, to delivery, to payment and completion. 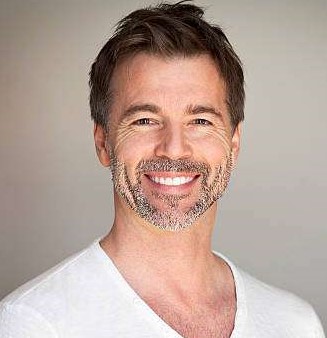 We wanted to update our internal operating model and perform a valuation analysis on our business.

Our specialist did a great job of pinning down the key drivers of our company and remodelling projections using a more realistic, simpler framework.

The valuation analysis was extremely detailed and touched on all the key valuation methodologies.

It is not our first time using freelancers or freelance platforms in the past, but the end-to-end focus on project delivery made Ithaca a fundamentally different, superior experience.